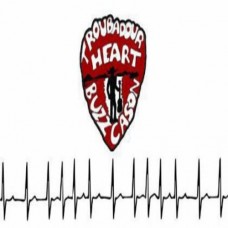 Troubadour Heart is a culmination of Buzz Cason's six decades as a singer, songwriter, musician and producer. His career includes the founding of Nashville's first rock band, The Casuals, singing backup for Elvis Presley, Kenny Rogers and Roy Orbison, and writing songs recorded by The Beatles, Pearl Jam and U2.

Troubadour Heart builds on the series of albums that Cason has released under his own name since 2000. Self-produced and recorded at his Creative Workshop studio in Nashville, the album features co-writing and performance contributions from Dan Penn, who wrote '60s soul hits, Bobby Keys, a saxophonist who's toured with The Rolling Stones, The Who and Eric Clapton, and Anthony Crawford, who's written songs recorded by Kenny Rogers and has toured with Neil Young, Dwight Yoakam and Steve Winwood.

Troubadour Heart salutes the spirit of the songwriter. From nimble acoustic blues like "Midnight Sun" to bar-band rockers that border on punk ("The Call"), the album is shot through with a freewheeling, zealous spirit. "When I Get to California" sounds like a lost cut from Neil Young's Zuma, with Cason searching for "a bar where they never make you check your gun."