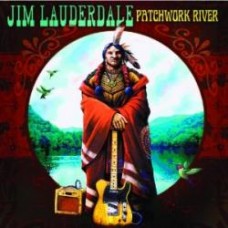 Jim Lauderdale headed out to California to work on his new album Patchwork River with friend and prior collaborator Robert Hunter, known for his lyric-writing with the Grateful Dead.

The two worked together on Lauderdale's 1999 teaming with mountain music legend Dr. Ralph Stanley, I Feel Like Singing Today, and on songs that landed on Lauderdale's 2004 release Headed For the Hills.

Lauderdale had a host of other well-known talents contributing to Patchwork River too, including Tim Coats and Doug Lancio (who produced) and Patty Griffin, E Street Band bassist Garry Tallent, Al Perkins and other A-listers.