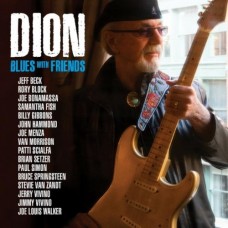 Coming off my last album I was productive, and I ended up with a great batch of songs. I ran one by Joe Bonamassa, who said right away he wanted to play on it. And that's how this album came about.

Joe inspired me to invite others. I had songs that were strong and told good stories. I wanted the best musicians alive like Jeff Beck, Bruce Springsteen, Paul Simon, Van Morrison and more to take them in unexpected directions. Wayne Hood, my producer, brought out the best of them.

We have amazing songs and great guitars ~ Dion