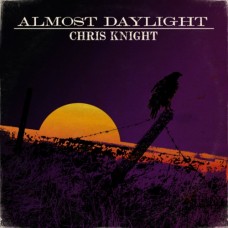 It's been seven years since Chris Knight released an album, but the singer/songwriter from Kentucky, known as much for material he's penned for others as well as his own music, hasn't really felt the gap.

Produced by Ray Kennedy and recorded in Nashville, Almost Daylight sports nine new Knight compositions. The most recent song dates back about two years, and the album also includes covers of Johnny Cash's Flesh and Blood and John Prine's Mexican Home (with Prine guesting). Lee Ann Womack joins Knight for Send It On Down, while longtime friend Dan Baird, who co-wrote the track Go On, plays guitar and is listed as a 'special helper' in the album credits. ~ Billboard