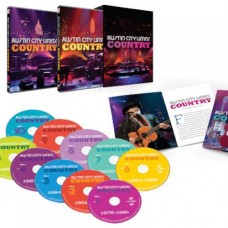 Plus, Austin City Limits Country includes once-in-a-lifetime collaborations like Sheryl Crow and Kris Kristofferson singing Me and Bobby McGee and Emmylou Harris singing Crazy along with Willie Nelson who of course wrote the song.