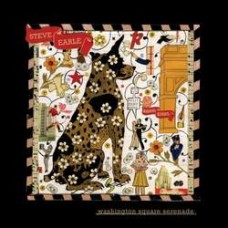 So fans will follow the title's hint and take this for the New York record of a Texan turned Nashvillian turned Greenwich Villager. After all, two of its strongest songs are Down Here Below, a talky pan-New York City meditation from the twin vantages of Central Park hawk Pale Male and old-school New Yorker journalist Joseph Mitchell, and City of Immigrants, which is as warmly appreciative as the subject deserves. Two fine love songs to Earle's wife, harmony-singing Allison Moorer are other high points. ~ Rolling Stone