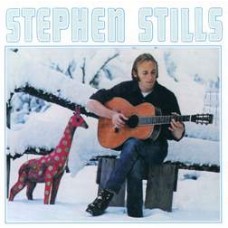 With this 1970 self-titled solo effort, Stephen Stills, like his CSN&Y bandmates, decided to explore other musical avenues. Jimi Hendrix, who died prior to its release, is featured on Old Times, Good Times.

This London session also allowed Stills to finally team up with Eric Clapton on Go Back Home. The album, which spawned the mega-hit, Love the One You're With, is a masterful mix of his trademark Southern California folk-pop sound and the Latin, swamp, and blues influences that were just beginning to emerge in his songwriting.