Let It Lie - The Bros Landreth

Let It Lie - The Bros Landreth 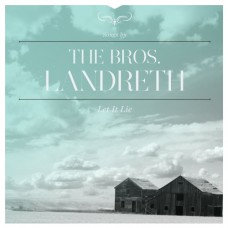 Anchored by the bluesy wail of electric guitars, the swell of B3 organ, and the harmonized swoon of two voices that were born to mesh. At first listen, you might call it Americana. Dig deeper, though, and you'll hear the nuances that separate The Bros. Landreth whose members didn't grow up in the American south, but rather the isolated prairie city of Winnipeg, Manitoba from their folksy friends in the Lower 48.