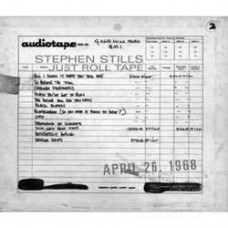 In April of 1968, after leaving Buffalo Springfield, but before joining CSN, Stephen Stills found himself in a New York recording session with then girlfriend Judy Collins. Stills wandered down the hall with an engineer and an acoustic guitar, and laying down a couple hundred-dollar bills, told the engineer Just roll tape. What he recorded in the ensuing hours was the first ever versions of what would become classics for Stephen Stills, CSN, CSNY, and Manassas. Almost 40 years later the tapes, rescued decades ago from a garbage bin, are finally remastered and released to the public.