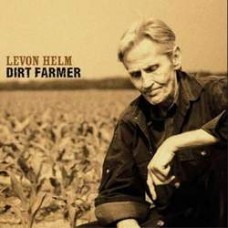 2007 solo album from the former Band member, his first solo effort in 25 years. Most of the tracks in Dirt Farmer are covers of traditional songs, recorded acoustically with a deep, rich Country and Folk feel. Helm's voice has become slightly haggard due to a battle with throat cancer, but he still has enough fire and brimstone in his soul to make it work and he sounds rejuvenated. Features musical assistance from his daughter Amy and Buddy and Julie Miller, Larry Campbell, Glenn Patscha and Brian Mitchell and others. Vanguard.