Between Daylight and Dark - Mary Gauthier

Between Daylight and Dark - Mary Gauthier 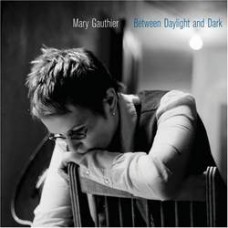 Between Daylight And Dark is Mary Gauthier's fifth album and the follow up to her 2005 breakthrough Mercy Now, which garnered high praise in the media including Rolling Stone, No Depression, Harp, Paste and so many others. Gauthier was named 2005 New/Emerging Artist of the Year by the Americana Music Association.

Between Daylight And Dark was cut live, with minimal overdubs, and produced by Joe Henry. The album features guest appearances by Van Dyke Parks (piano on Can't Find The Way) and Loudon Wainwright (backing vocals on Soft Place To Land and I Ain't Leaving).

The atmospheric title song was penned by Gauthier and Fred Eaglesmith, while Thanksgiving captures a bleak holiday prison visit. The Last of the Hobo Kings stands as a 21st-century requiem to the vanishing transients of the past, decades before they were renamed 'homeless'.