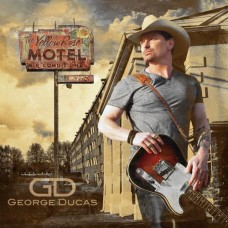 His latest evolution comes in the form of Yellow Rose Motel, a project that stands as his most comprehensive and cinematic to date. Yellow Rose Motel comes packed with everything from smash singles that remain true to Ducas' modern day-roots country hybrid style to completely-off-the-rails story-telling songs that leave a mark on the listener long after they're heard.

Written and recorded in several Nashville recording sessions throughout 2017 and 2018, the album draws its name from the title trac, a song Ducas says is "inspired by and is an ode to Willie Nelson's Red Headed Stranger", an album largely credited with the rise of country music's outlaw movement.