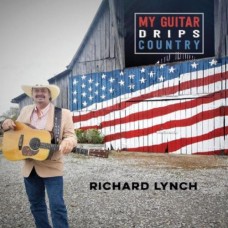 You’d be hard-pressed to find a musician as authentic as Richard Lynch, whose traditional country music fully embodies his hay-raising, farm-dwelling lifestyle. An all-American, blue collar country man, Lynch has poured his heart and soul into the countless chart-topping hits he and his band have produced.

His music is 100% real country, evoking some of the great classics who influenced him, like Keith Whitley. Conway Twitty, and George Strait. For three decades and counting, Lynch has written, sung, and performed his songs with passion and dedication, building himself up into an independent country music sensation. While his musical roots are grounded in pure country, his songs also showcase elements of western swing, honky tonk and outlaw country.