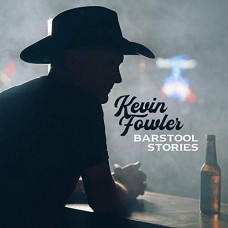 Kevin Fowler has a found way to live the dream - by earning it.  It’s never been an easy or short road, but it’s a path he wouldn't trade and has positioned him as one of the most consistent artists, in any genre, of the last two decades.  His musical journey began playing in rock bands before finding his footing as a solo act in the early 2000s in his home state of Texas, where he burst onto the scene with the celebrated album Beer Bait and Ammo - a mainstay for fans to this day.

Barstool Stories confirms the dream Kevin Fowler keeps living – repeatedly making great music, having a lot of fun doing it and inviting the audience to do the same and this album proudly claims its place as his current 'snapshot in time.'