A World Away - Kimberly Murray

A World Away - Kimberly Murray 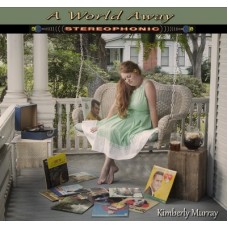 Kimberly Murray's latest album A World Away is set for release in May 2014. We should expect another slice of traditional honky-tonk from one of Heart Of Texas' favourite artists.

From the beginning, Kimberly Murray was destined to be on stage and 'Keepin' it Country'. Even before Kimberly's birth, she was headed down the road to performing Traditional Honky Tonk Music, as her momma was performing with a 3 girl singing act in the 1950's.

Kimberly worked for 17 years at the Erath County Sheriff's Department spending her last 12 years there as Sergeant in the jail division. After marrying in May 2011, she finally turned in her badge and began concentrating solely on music.

Tags: A World Away Kimberly Murray