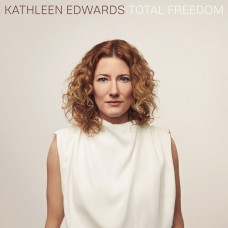 In the late aughts, Kathleen Edwards' career was on the rise and her four studio albums had received critical acclaim; she garnered Polaris Prize nominations, a SOCAN Songwriting prize win, and several Juno nominations.

But amid this success she stepped back from the music industry and started a coffee shop outside of Ottawa called Quitters, a successful small business she ran for over a decade. Now, she's releasing album number five, just as a global pandemic has forced her to shut down the coffee shop and furlough the workers who became like family.

Total Freedom, self-produced alongside Jim Bryson and Grammy winner Ian Fitchuk, opens a door to her view of life as it is now, with all it's wonderful complications.