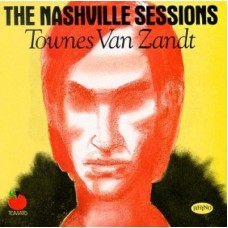 In 1974, Townes Van Zandt recorded what would have been his seventh album, Seven Come Eleven. Business issues at the time prevented its release until the recordings surfaced two decades later as The Nashville Sessions.

In 2015 Charly has restored and re-mastered The Nashville Sessions to present a stunning document of the folk-blues master at his absolute peak, restored and digitally re-mastered from the original tapes provided by producer and manager Kevin Eggers.