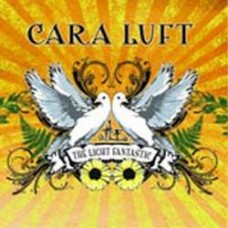 In early 2002 Cara Luft co-founded the group The Wailin' Jennys. Recording and touring with the band for three years, Cara was the spark behind the Jennys and pivotal in the development of their Juno-Award winning album 40 Days.

She left the trio to return to her own writing and solo career, recording and mixing her new album The Light Fantastic between February and April 2006.

Assembling a cast of characters from some of Canada's top folk and rock groups, Cara's new album is a cornucopia of sonic delight. A bit of Carole King meets early Zeppelin with a dash of Sigur Ros, and songs ranging from country (There's a Train) to folk (Wilcox), roots rock (Falling Away) and traditional (Black Water Side), with a modern spiritual (Jerusalem).