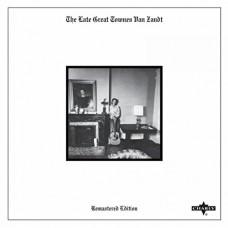 Whilst the title of Townes Van Zandt's final LP for Poppy Records in 1972 refers to his commercial invisibility and brief 'death' from an overdose, it is considered by critics and fans alike to be the finest album the Texas troubadour ever recorded.

To commemorate the 50th anniversary of the beginning of Van Zandt's turbulent musical career, Charly has restored and remastered the album with four exclusive bonus tracks and a Deluxe gatefold SleevePac with all original artwork designed by Milton Glaser and photographs by Steve Salmarie.