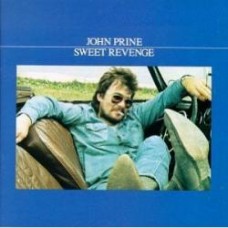 For his third album, Sweet Revenge, John Prine returned to the fuller sound of his landmark debut while venturing into increasingly cryptic lyrical terrain.

Songs such as 'Mexican Home,' 'Accident (Things Could Be Worse),' and 'Blue Umbrella' are open-to-interpretation explorations that reveal the songsmith's intrepid reflections; they're also among the 12-song set's best numbers. 'Dear Abby' is a comical novelty number while 'Christmas in Prison' is a doleful in-the-clink carol.