Song To A Refugee - Diana Jones

Song To A Refugee - Diana Jones 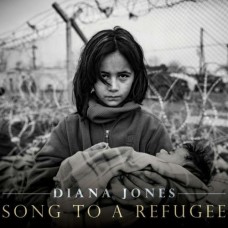 Acclaimed for earlier albums inspired by the almost mystical connection to her birth family and the music of rural Tennessee, Diana Jones is known for giving voice to dispossessed people from the past. Song To A Refugee finds Diana looking into the wider world to shine a light on current issues close to her heart.

Produced by Grammy Award winning producer and musician David Mansfield, who also plays multiple instruments on the record, special guest artists include Richard Thompson, The Chapin Sisters, Jason Sypher on bass, Glenn Patscha on piano and Will Holshouser on accordion.

The single We Believe You was added lastly with the help of Steve Addabbo (Suzanne Vega, Shawn Colvin) producing and guest artists Steve Earle, Richard Thompson and Peggy Seeger each singing a verse, Mark Hunter on piano and Joe DeJarnette on bass.