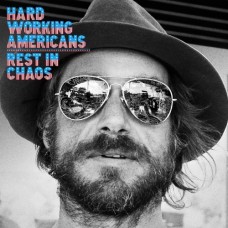 Supergroup Hard Working Americans have announced the upcoming release of a new album Rest In Chaos. The new full length will be issued May 13 on Melvin Records/Thirty Tigers.

Schools produced the follow-up to their 2014 self-titled debut album, which was recorded live while the band was on tour and includes a take on Guy Clark's The High Price of Inspiration.