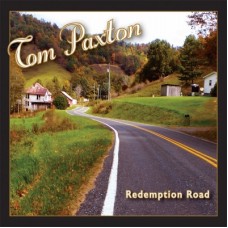 After a career spanning 50 years with more than 60 albums, legendary folk singer-songwriter Tom Paxton has announced he will add another LP to his expansive catalog. Redemption Road will arrive on March 10 on Paxtons own Pax Records.

However, even in his most poignant moments, he says his songs aren't autobiographical. 'When I'm writing a so-called confessional song, in my mind, I'm writing it for all of us,' Paxton says 'Tom Paxton is only a minor character in the first-person singular songs. It's very seldom that it's myself and myself alone that I'm writing about. Im really writing in a Walt Whitman kind of impersonal 'I''