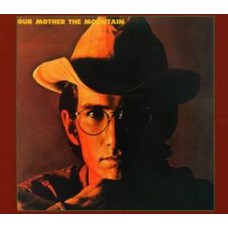 Widely considered one of the greatest songwriters of his generation, Townes Van Zandt has been hailed by such singers as Steve Earle, Emmylou Harris, and Willie Nelson. Fat Possum is proud to reissue four titles from his early career - 'Townes Van Zandt,' 'Our Mother the Mountain,' 'Delta Momma Blues,' and 'Flyin' Shoes' - that comprise an essential introduction to his best songs. Recorded between 1969 and 1978, Van Zandt's most prolific (and most critically acclaimed) decade, these four titles are the heart of any serious consideration of Van Zandt's career. Featuring some of the most iconic cover art in album history (designed by Milton Glaser), each is a classic in every sense of the word. The four titles are the first in a series of Townes Van Zandt reissues that Fat Possum is undertaking in conjunction with the Van Zandt estate.

1. Be Here To Love Me
2. Kathleen
3. She Come And She Touched Me
4. Like a Summer Thursday
5. Our Mother the Mountain
6. Second Lover's Song
7. St. John the Gambler
8. Tecumseh Valley
9. Snake Mountain Blues
10. My Proud Mountains
11. Why She's Acting This Way