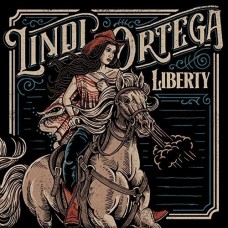 Lindi Ortega wrote half of the 12 tracks on her fifth studio album, Liberty, working with co-writers Aaron Raitiere, Bruce Wallace and John Paul White (formerly of the Civil Wars).

Liberty is what Ortega calls 'a three-part concept album reflecting loss, seance, resurrection and freedom.' The album ranges from the track Pablo, inspired by her new husband Dan Huscroft and the character he adopted while performing with Ortega on Chris Stapleton's tour dates in Canada, to Gracias a La Vida, which means 'Thankful for the Life' and was written by Chilean composer Violetta Parra.

Ortega says she created the album as a message of hope to others who are struggling through their own battles.