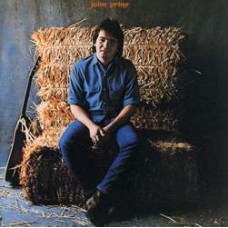 John Prine's 1971 self-titled debut set the tone for the rest of his career. A critical smash and a commercial disappointment, the record contains many of his best known compositions.

Proving himself capable of tackling folk balladry, country, and rock with ease, Prine seems to spring into being as a fully formed singer-songwriter at age 24. Lyrically diverse, Prine offers topical songs such as 'Sam Stone,' the tale of a drug addicted Vietnam vet, achingly sad songs, such as the oft-covered 'Angel from Montgomery,' and, of course, his trademark wit gets ample time in the spotlight.