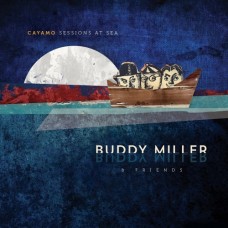 For one week each year, some of the best songwriters in country, Americana, folk and roots music set sail on a musical adventure called Cayamo. Over the last few years, Award-winning guitarist, singer, songwriter and producer Buddy Miller set up a recording studio on the ship and recorded and played with everyone from veteran songwriters to emerging artists.