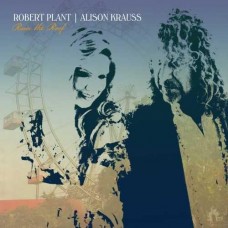 Robert Plant and Alison Krauss are joining creative forces once again on their new album, Raise The Roof. The new project finds Rock & Roll Hall of Famer Plant and 27-time Grammy-winner Krauss reunited after fourteen years following the success of their first collaboration, Raising Sand, which debuted at No. 2 on the Billboard 200, reached Platinum status, and earned six Grammys including Album and Record of the Year.