Girl I Used To Be - Garrison Starr

Girl I Used To Be - Garrison Starr 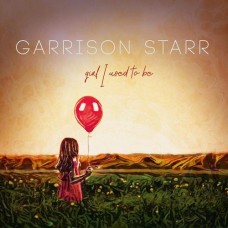 Girl I Used To Be comes after nearly a ten-year hiatus between recordings for Garrison Starr. The deeply personal album reflects on growing up in an Evangelical family in Mississippi. Starr's songwriting is a powerful and evocative as it's ever been in confronting her past.

While the album reflects specifically on her experiences, it speaks brilliantly to anyone who has ever felt that they didn't belong in the place they came from.

Filled with beautiful country-folk arrangements, the music on Girl I Used to Be wraps around Starr's clear, expressive voice. The lyrics are the clear centerpiece of the album, and Starr's passionate vocals deliver they effectively and flawlessly. ~ Lyric Magazine

Tags: Girl I Used To Be Garrison Starr