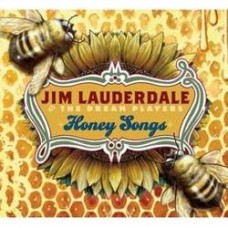 The second in a string of rapid-fire releases from Nashville songwriting guru Jim Lauderdale, Honey Songs is a gathering of mythical music proportions, with his band the aptly named Dream Players.

For The Dream Players, Lauderdale pulled together big name friends and session royalty for this album full of rambling, soon-to-be country classics.

Holding down the backbeat for the Dream Players, drummer Ron Tutt has to be the only man with the distinction of playing with both Elvises - Presley and Costello.