Glad You Made It - Joshua Ray Walker

Glad You Made It - Joshua Ray Walker 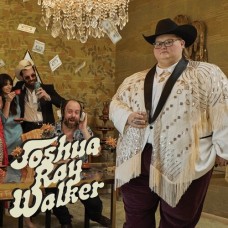 Once the best-kept secret of Dallas' music scene, Joshua Ray Walker catapulted himself into the international spotlight with his 2019 debut, Wish You Were Here. An album of character-driven songwriting and golden-era Texas twang, Wish You Were Here didn't just nod to the larger-than-life troubadours who'd inspired Walker's craft - it brought him into their ranks, too, adding Walker's name to the shortlist of songwriters worthy of carrying the torches of Guy Clark, John Prine, and Blaze Foley.

Walker's 2020 release Glad You Made It, a sophomore record that both matches and magnifies the vital, vulnerable lure of his debut. From Voices - a showcase for Walker's voice, with a high-lonesome yodel worthy of Dwight Yoakam - to the album's haunting, hard-rocking closer, D.B. Cooper, Glad You Made It presents an interpretation of country music that's greasy one moment and gut-punching the next. A true Texas storyteller, Walker writes from the perspective of down-and-out characters who haunt the darker corners of the Lone Star State.

Tags: Glad You Made It Joshua Walker