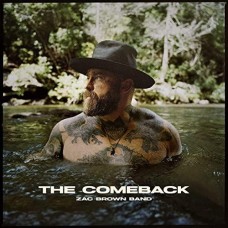 Zac Brown Band is a multi-platinum, Grammy Award-winning, southern rock group lead by front man, Zac Brown. Throughout their decade-long career, Zac Brown Band has had five consecutive albums reach the top 10 of the Billboard 200 and four consecutive albums debut at #1 on Billboard's Country Albums chart. and has developed a reputation with critics and fans alike as one of the most dynamic live performers, marked by strong musicianship that defies genre boundaries.

The 2021 release from Zac Brown Band is The Comeback.