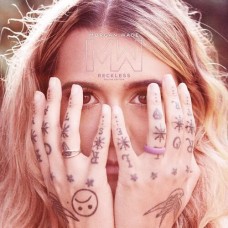 Virginia native Morgan Wade has been making waves recently via a string of excellent sessions on youtube with OurVinyl and SomerSessions that highlight a fantastic voice singing hard-hitting songs of failed relationships, addiction, mental health and just all-around finding your way in the world.

This deluxe edition of her album is released featuring an additional Six Songs.

Wade has hooked up with Sadler Vaden, long-time guitarist for Jason Isbell as well as an acclaimed solo artist, to produce and Paul Ebersold to engineer Reckless her debut album set for release via Thirty Tigers on March 19th.

Capturing the essence of an artist like Wade, who works so well in an acoustic setting belting out tunes with emotion and conviction, can be a difficult job but the initial signs are good as evidenced by Wilder Days and Don't Cry.