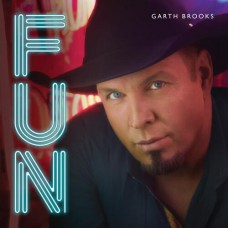 At long last, Garth Brooks' 12th studio album, Fun, is released. The country superstar has been teasing the project for years, but in November 2020, it will officially be in fans' hands.

Brooks has been keeping his fans in the know about his new music through his Facebook Live series Inside Studio G. He unveiled the album's title noting, "The title of the album was sparked because making it has been such a fun process to go through. Being able to go in and out of the studio while being on the tour, working with the same guys, it's been amazing."