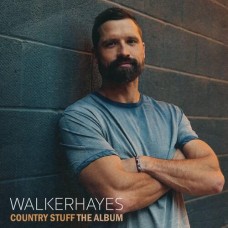 Following the high from scoring his first No. 1 with hit song Fancy Like, Hayes' latest album Country Stuff: The Album is a continuation of that success; a medley of beatboxing, sing-rapping, and witty lyrics with refreshing and vulnerable honesty that solidifies his place as a top-notch, one-of-a-kind player in the country music scene.

After a long journey of fighting tooth and nail to make it in Nashville, but always sticking to his true self, Hayes' record tells reminiscent stories of trials and triumphs of following a dream and trying to be better every day, with refreshing, catchy tunes about love and life mixed in that you can't resist singing along to.