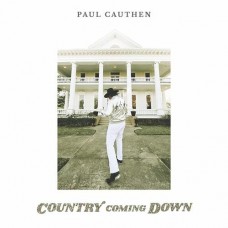 Paul Cauthen first earned his reputation as a fire-breathing truth-teller with the acclaimed roots rock band Sons of Fathers, but it wasn't until the 2016 release of his solo debut, My Gospel, that he truly tapped into the full depth of his prodigious talents.

Two albums and 6 years down the road, Paul will be releasing the highly anticipated new studio album titled Country Coming Down via Paul's own Velvet Rose Records in collaboration with Thirty Tigers.

Produced by Paul, Jason Burt and Beau Bedford, this new collection of tracks is packed with attitude and attention to detail, and will surely reinforce Paul's staying power as a musician and songwriter.