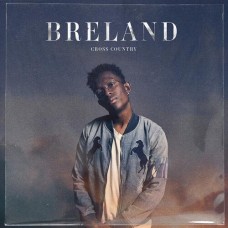 Named for the boundary-pushing, genre-bending style that defines all his output, Cross Country firmly establishes Breland as a vital new force shaping the future of country music.

Expanding on the songwriting chops and star-making appeal first revealed on his breakthrough certified Platinum hit single My Truck - as well as it's remix with Sam Hunt - Cross Country takes it's title from an autobiographical, acoustic-guitar-fueled track showcasing Breland's intricately detailed storytelling and warm yet commanding voice.

Along with the title track, Breland's debut album also offers up previously released singles like Throw It Back (feat. Keith Urban) and Praise The Lord (feat. Thomas Rhett).