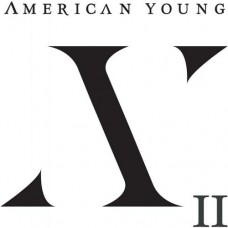 American Young is made up of Country singer/songwriters Kristy Osmunson and Jon Stone, both of whom found success in Nashville before joining forces in 2013.

Prior to launching American Young, Osmunson, a fiddle player and former member of vocal group Bomshel, had songs recorded by Joey + Rory, among others; while Stone was an in-demand producer who had cuts recorded by Rascal Flatts, Kenny Chesney, Blake Shelton, label-mate Lee Brice and others.

Following the release of their self-titled debut for Curb Records, American Young was nominated three years in a row for a British Country Music Association Touring Award, which they won in 2019 solidifying their place as global ambassadors of Country music. AYII is the follow-up album, released in 2021.