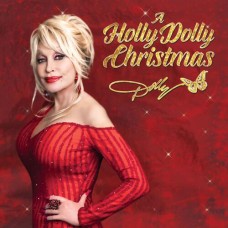 Three Candles and The Wish Book - originally released as digital only bonus tracks will make their CD debuts on the Ultimate Deluxe Edition.

The new collection also features the digital debut for Something Bigger Than Me and Silent Night, songs that Parton contributed to the 1997 animated holiday film, Anabelle's Wish.

The final bonus track on the Ultimate Deluxe Edition is Baby It's Cold Outside, Parton'sduet with Rod Stewart from his Grammy Award-winning 2004 album, Stardust ... The Great American Songbook, Volume III.