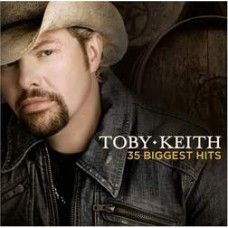 In the early 90s, Toby Keith signed with Mercury Records, and by 1993 his self-titled debut album was certified platinum. His follow-up records, Boomtown and Blue Moon were equally successful thanks to such popular hits as Who's That Man and Me Too.

In 1997 he teamed with Sting to record I'm So Happy I Can't Stop Crying, which earned the duo a Grammy nomination. More success followed with the 1999 album How Do You Like Me Now!, which won two Academy of Country Music awards in 2000. His 2002 album, Unleashed sold 3 million copies and included a hit duet with Willie Nelson, Beer for My Horses.

In 2002, he was named Entertainer of The Year by the Academy of Country Music. Fully established as one of the top touring acts in the nation and with a couple of Entertainer of the Year awards under his belt, Keith has continued to have a string of multi-platinum albums and hit songs with virtually every release to date.