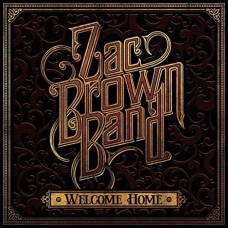 It's been two years since the Zac Brown Band released their well-received, but genre-bending, album Jekyll + Hyde, and the Southern rock outfit is set for an epic return in 2017, with not just a new record but a massive tour as well.

Aptly titled Welcome Home, the Zac Brown Band's fifth studio album will bring the band back to their roots and is likely to delight longtime fans and new listeners alike.

'We're going in this winter to make a brand-new ZBB record, straight back to our roots, Foundation-style,' frontman Zac Brown said in a video posted to Instagram in September of 2016. 'It's going to be an amazing album, we're very excited to announce to you that we're making the new one, and thank you again for everything that you do for us.'