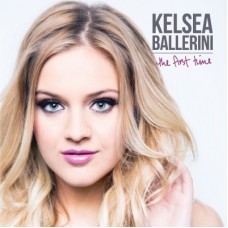 At her Valentine's Day Grand Ole Opry debut, Kelsea Ballerini announced her debut album, The First Time. The album features 12 songs, including Ballerini's debut single, Love Me Like You Mean It, and she's excited for fans to hear 'all of them, honestly!'

Kelsea goes on to say 'There's a song called Stilettos that I play out a lot, but the produced version, I love so much, and there's a song called Underage that I'm really excited about. It's kind of like a young, anthem-y kind of song, which I gravitate towards, so I'm excited that I have one on my album.'

Ballerini wrote or co-write all of the songs on The First Time.