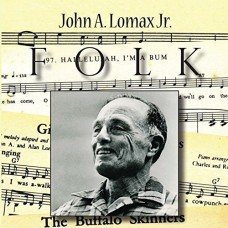 This disc stands as a time capsule of this Texas folksinger's 1950s and 60s repertoire.

'When he sang, my father had a true gusto for the song that I didn't believe I ever saw anyone else equal. He could hold the attention of an audience by himself - no guitar, no props - for an hour or more' ~ Joseph Lomax