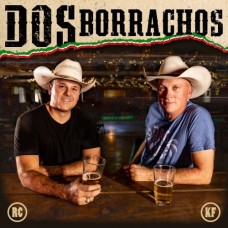 Tequila and tacos at 2 a.m. That’s when and how Roger Creager and Kevin Fowler conceived their latest project. When the cook handed their tacos to the waiter that night and said, "Para los 'Dos Borrachos'", it was divine intervention.

For those of us non-Spanish speakers, 'Dos Borrachos' means 'Two drunks,' which they were. And now Dos Borrachos is the name of the band, the record, and the party anthem title track.

The lead-off single, Barroom Buddies has Creager and Fowler covering the classic Merle Haggard/Clint Eastwood tune with perfect timing and musical chemistry - elements that continue throughout the entire album.

The album is the first new music from Roger Creager since 2015's Gulf Coast Time. ~ radiotexaslive.com