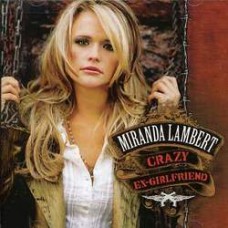 When Miranda Lambert's debut album Kerosene was released it took her label a little by surprise. The CD was more 'country' than many of the radio hits around at that time, and Lambert's modern take with a traditional sound was unusually picked up by mainstream radio and became a number one hit.

Miranda Lambert has released Crazy Ex-Girlfriend in 2007 as her sophomore outing, and it demonstrates that she is still as edgy and dymamic as she was on her debut album. There are some slower numbers included, and by choosing material songwriters such as Patty Griffin and Gillian Welch she is clearly intent on providing music of quality and worth in her career.

A more mature Miranda Lambert this time around, with even more emotional depth.