What If - Jerry Douglas

What If - Jerry Douglas 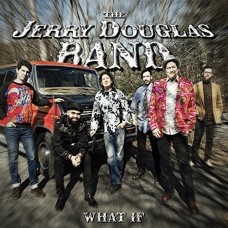 Jerry Douglas is widely considered the greatest living dobro player on Earth. He's been playing professionally for over 40 years, won 14 Grammy awards, played on thousands of records, and recorded with the likes of Dolly Parton, James Taylor, Paul Simon.

With the Jerry Douglas Band, he brings many of those genres together into one project, 2017's What If.

The group creates a unique fusion of Jam-band, Jazz, Bluegrass, Blues, and Country music that has never been heard before.

Tags: What If Jerry Douglas