The Famous Lefty Flynn's - The Grascals

The Famous Lefty Flynn's - The Grascals 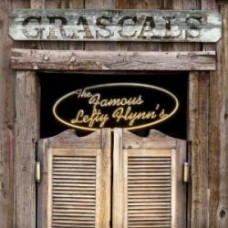 The Famous Lefty Flynns, is the fourth album by one of America's most respected and celebrated bluegrass bands, The Grascals.

The stirring vocals of the band's three lead singers, Terry Eldredge, Jamie Johnson, and Terry Smith, combined with the group's instrumental virtuosity, and flawless song selection all play a part in the musical and critical heights the group has attained.

Coming on the heels of their last album, SPBGMA's 2009 Album of the Year Keep On Walkin', the new album features a range of songs from a cover of the Monkees' lively 'Last Train to Clarksville' to the imploring 'Give Me Jesus,' with stops along the way for intriguing story songs and some outstanding originals.

Newest member Kristin Scott Benson, IBMA's 2008 Banjo Player of the Year, joins the band for what may be their best album yet.