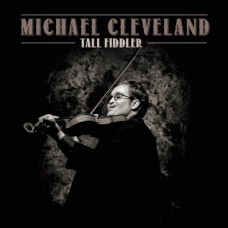 "Untouchable." That's how Vince Gill describes the playing of bluegrass fiddler Michael Cleveland. On the album Tall Fiddler, Cleveland lives up to Gill's lofty praise, showing off the verve, dexterity and intensity that have made him one of the most transfixing performers today - of any genre.

It's that crossover appeal that distinguishes Tall Fiddler, a record that blends string-music with country, jam-grass with folk. Yes, bluegrass may be the Indiana native's first love, but on this album, Cleveland rocks.

His masterful playing attracts an all-star roster of guests on Tall Fiddler. No less than Del McCoury, a pillar of bluegrass, appears on the album with Flamekeeper vocalist Josh Richards. Elsewhere, Dan Tyminski harmonizes with Richards, and it also features Jerry Douglas on Dobro.