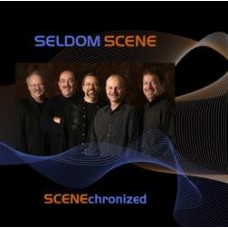 SCENEchronized is the first CD of new Seldom Scene recordings since 2000, as is released in August 2007.

The album contains 13 tracks, with songs from Paul Craft, Bob Dylan, Steve Earle, Merle Haggard and Donna Hughes. It also features a number of tributes to founding member, the late John Duffey, with refashioned versions of two songs he recorded with The Country Gentlemen and one he wrote and cut with the original Scene 34 years ago.

In true Seldom Scene fashion, they include a couple of rock/pop songs turned bluegrass: John Fogerty's A Hundred And Ten In The Shade; Please Be With Me, recorded by both Eric Clapton and The Allman Brothers and Bob Dylan's Tomorrow Is A Long Time.