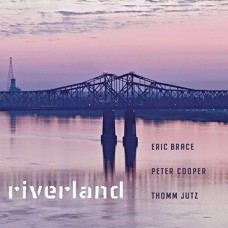 Eric Brace, Peter Cooper, and Thomm Jutz have once again combined their forces to create a singular new record, Riverland, fourteen interconnected tales of Mississippi, both the river and the state. Songs about its people, its water, its history, its past, its magic, its madness.

Through thirteen new compositions (and one devastating cover), you'll hear about the Flood of 1927; the adventures of a traveling mule; the twilight years of legendary keelboat man Mike Fink; the farmer fighting to keep his family's land going; the plan General Ulysses S. Grant's had to change the world by taking Vicksburg; and you'll learn about the Reverend Will D. Campbell and his work for equality and racial justice in the south over the course of a lifetime.